Living With Cancer, She Fights For Others

Tania Stutman is a survivor. Born in Israel, she is the daughter of a Holocaust survivor. As a child, she lived for 11 years in Communist Romania. In 1965, when Tania was 15, she and her family immigrated to America with just the clothes on their backs. In 1985, her only sister, an airline attendant, was tragically killed in a military airplane crash. Her 47-year-old daughter is currently fighting stage IV breast cancer. “My parents were survivors,” she says, “so it’s natural that I am too.” But resilience is only part of her story.

A Grim Prognosis
In 1998, during an emergency hysterectomy operation for a suspicious growth, Tania’s surgeon discovered another growth on her small bowel. Her world suddenly turned dark.

The surgeon told Tania and her husband, Robert, that the growth was a rare cancer, probably a leiomyosarcoma, and that she should go home and get her affairs in order. At most, they were told, she had a year to live. Tania was not about to take the news sitting down. She was only 49 years old, a wife and mother. Determined to do all she could to save her life, she began an intensive investigation, searching in particular for oncologists who not only saw patients but who were involved in cancer research. Several appointments, though, produced the same information: She had a rare cancer and neither chemotherapy nor radiation were options. Finally, a friend suggested she look into Memorial Sloan Kettering — and her skies began to brighten. MSK medical oncologist Ephraim Casper — now Medical Director of MSK’s Regional Care Network — had an available appointment. “I grabbed it,” says Tania.

To borrow from Rick in the iconic film Casablanca, it was the beginning of a beautiful friendship.

A New Drug And New Hope
While Dr. Casper couldn’t make any promises about her cancer, he did make one about her well-being: He told Tania that he and his MSK colleagues would do whatever was possible to deal with it and extend her life. “I felt like a wall had come down,” Tania recalls. “I recognized right away that he was the sort of doctor who would not only treat a disease but also a human soul. I hugged him and said, ‘We’re going to do this together. And whatever the outcome it will be okay.’”

The first and most important thing to determine was what type of cancer they were confronting. MSK pathologist, Cristina Antonescu, now Director of Bone and Soft Tissue Pathology, is an expert in the diagnosis of rare tumors, in particular soft-tissue sarcomas. She has a special interest in gastrointestinal stromal tumor (GIST). It was Dr. Antonescu who at last made the definitive diagnosis:  The cancer was GIST. And Tania made yet another new friend, Dr. Antonescu — with whom she now converses in Romanian.

GIST is a cancer that most often begins in the stomach or intestine. Until about 2001, there was no treatment for the disease, save for surgery. But in that year, the Stutmans learned that Gleevec® (imatinib), a drug that had recently revolutionized the treatment of chronic myeloid leukemia — was going to be evaluated in several clinical trials for GIST.

Trials of Gleevec hadn’t yet begun at MSK, so Dr. Casper referred Tania to Fox Chase Cancer Center in Philadelphia where a trial was enrolling patients. “Once I found out about the trial nothing could stop me,” Tania recalls, “not even a two-hour drive to Philadelphia.” She was one of the earliest patients in the United States to enroll.By the time of the diagnosis, the disease had metastasized to Tania’s liver. MSK surgical oncologist Ronald DeMatteo — who today is Vice Chair of the Department of Surgery and Head of the Division of Surgical Oncology — now entered Tania’s life.

Dr. DeMatteo, a specialist in liver cancer surgery, decided against doing what would have been a very risky operation to remove the cancer in Tania’s liver. (Several years later, he performed surgery to remove painful and obstructive adhesions that had resulted from Tania’s earlier hysterectomy and bowel surgery.) Their meeting was the beginning of a friendship that has lasted to this day.

Tania Finds Her Life’s Calling
Happily, the cancer responded to Gleevec. Since that time, Tania has remained on the drug and it has kept her disease in check. However, while it has worked for her, it doesn’t work for everyone with GIST, and some cancers become resistant to it over time. “I’m not a business person,” Tania says. “But I realized early on that there was an urgent need for GIST research and I decided to start a foundation to fund such research. Even if I didn’t survive, I didn’t want anyone else to have to go through what I’d been through.” She remembers calling Dr. Casper from her car with the idea. “I said, ‘Call me crazy.’” She laughs. “He did.” Despite Dr. Casper’s reservations, the GIST Cancer Research Fund (GCRF) was born. 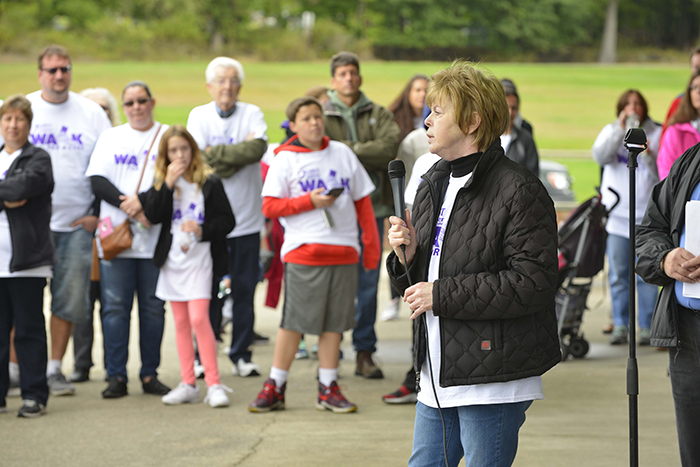 “I started with just a little website,” Tania says. “I went on local radio. I went to our local paper and told them my story. I said, ‘I’m not only battling for my life, I’m fighting for the lives of others.’” In 2001, she held her first walkathon. It raised $23,000. Since 2002, the foundation has raised more than $8 million and MSK has been the beneficiary of $1.6 million. Events including walkathons, 1,000-mile Cycling for a Cure bike rides, golf outings, and galas now span the nation. (Other GCRF beneficiaries include Fox Chase, Brigham and Women’s Hospital in Boston, Oregon Health Sciences University Cancer Institute, and MD Anderson Cancer Center in Houston.)

At MSK, the GCRF supports the work of Drs. Antonescu, DeMatteo, and Ping Chi. A regular feature of the GCRF are annual presentations at MSK. This year, on March 30, Dr. Antonescu updated the meeting on her work in pediatrics and GIST research; Dr. Chi talked about targeting the ETV1 gene in advanced GIST; and Dr. DeMatteo discussed immune therapies for the disease.

“We need more support, and we need more awareness,” Tania concludes. “I feel the fire in my gut about this work. One hundred percent of our gifts go to research laboratories and every dollar counts. One life lost is one life too many.”